This all started about four months ago. I had been visiting with my parents for a week or so and was going a bit stir crazy. So, I decided to make a Michaels run (because where else would I go? – clearly). After wandering the store and perusing the shelves, I lingered in the yarn section. My mom had asked me to pick up some yarn for her so I was hanging around there anyway.

My mom taught me to knit when I was little. To the best of my recollection, I don’t think I ever really finished a single project. I had this awful habit of starting things and never finishing them. I would often lose patience or interest and then forget about it. I had made attempts at times to learn to crochet, but I could never seem to figure it out. While roaming the yarn section in this particular Michaels, I happened upon the book, Teach Yourself Visually: Crochet. I’m really not sure why I decided after all these years that I’d try again, but I did. I was feeling ambitious. So I picked up the book, some yarn (purple of course) and the recommended hook size for the yarn. Here’s what I got to start myself off (didn’t take photos of the hook and yarn when I first got them):

I spent quite a bit of time over that week while I was visiting with my parents going through the first few chapters and trying to figure this out and managed to successfully get the basics down with chaining and making some practice squares with single and double crochet stitches. Overall the book wasn’t terrible and really helped a lot to get me started and stands as a great reference. However, for me, I found it was not written as well as I’d hoped. I found myself getting lost at times and not understanding what the book was instructing. I also would often miss key points and make mistakes. For example, when I first started, I was completing all my stitches through the back loop only instead of through the entire stitch. I couldn’t figure out why my stitches didn’t quite look like the pictures in the book. It wasn’t until I got to a section in the book that was specifically teaching about front or back loop-only stitches that I had to double back and figured it out.

When I got home, I continued working on it and found it really enjoyable. I made it through about half the book last summer. I still struggled at times with it and had to do research to find out what mistakes I was making or to figure other things out. For this, Youtube is your friend. I found a couple of different channels that had some nice tutorial videos that I found super helpful: Moogly & Crochet Ever After

I was really proud of this piece I did. It was my first piece following a pattern in the book and actually came out looking like the picture!

Here’s the picture from the book.

I still greatly struggle with crocheting in the round. My stitches are still not quite consistent so I end up with very uneven rounds with lots of bunching up in areas. As I’ve practiced more, I’ve gotten better, but still need improvement. Here’s one of my later pieces. It’s a little hard to tell in the photo the way I laid it out, but you can see some curling and bunching, particularly at the top of the photo.

I seem to almost always make my chains too tight and that causes problems. I’ll have to keep practicing.

Meanwhile, I managed to run through the entire book and just finished it about a week ago. I found that I really enjoy the crocheting much more than I ever did knitting. There’s so much more variety and complexity in the crochet and it also goes super fast. I was so excited to create my first projects and for the first time in my life, I actually finished something! Within a week, I managed to make a hat and matching scarf for my little girl.

Here are the patterns I used:

Now that I finished all that, I’m super excited to keep trying new and intricate patterns and keep practicing. I’ll keep you all posted on more progress in my crocheting adventures. I’m hoping at some point to start creating and charting out some of my own patterns I can share as well.

This post contains affiliate links and I receive compensation in the form of commission on referred purchases.

I've been working in the affiliate and digital marketing space for over 10 years helping clients materially and meaningfully grow their business in the channel. Now the mother of a beautiful little girl named Sophie, it was time for a change of pace. I'm bringing my knowledge and expertise to ShopDay. Not only am I sharing with you the best that can be found in online shopping helping you find the best products and save with the best pricing, but you can also get paid to shop with me. I hope you enjoy following me along on this ride and keep shopping and earning because every day should be ShopDay! View all posts by Marsha Liebert

One thought on “I Taught Myself to Crochet”

This site uses Akismet to reduce spam. Learn how your comment data is processed.

This error message is only visible to WordPress admins 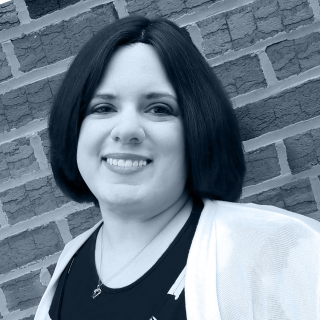 I've been working in the affiliate and digital marketing space for 12 years helping clients materially and meaningfully grow their business in the channel.